No, Not Everyone Needs a Life Calling

I’ve noticed a need for more acceptance – both in myself and in others – about the way we talk about work.

One area people get hung up on is whether we’re all supposed to discover our ‘life calling’.

It’s the rare person who knew they wanted to be a fireman at age 5, and pursued that goal without ever second-guessing themselves.

For the rest of us, life is a series of twists and turns, dark alleyways, dead-ends, and dizzying triple backflips.

In turn, people are understandably hungry for a sense of certainty. They want to feel clear about which path they’re supposed to be on, and who they’re best able to serve with the time they’ve got.

These people are braver than they realise, because finding meaning in the chaos, and order in the disorder, is no easy task.

But this isn’t everybody’s top priority. We don’t all need to be searching for our life’s calling right now.

It’s ok to see work as a way to sustain your personal life.

It’s also ok to see work as a place to grow and have fun, rather than to fulfil some deeper purpose or mission.

Personally, I do feel compelled to uncover my life’s calling. But I also recognise I can only do so from a privileged position.

As long as my basic costs of living are covered, I’ll likely strive to keep clarifying and reclarifying how I truly want to serve others based on who I am.

In this post, we’ll look explore these 3 work orientations in a little more detail.

Amy Wrzesniewski, Professor of Organisational Psychology at Yale, described 3 distinct workplace orientations. They can be used to classify how people feel about their work:

Research shows that we’re quite evenly divided among these 3 camps – regardless of the jobs we do.

There can also be overlap between each dimension. For instance, while my dominant focus is the ‘Calling orientation’, it’s not like I don’t care about funding my lifestyle, or excelling in my field:

Where would you place yourself on the diagram?

Reflecting on this can foster acceptance around how you feel about work. It can also help you to consider whether it’s worth exploring other camps.

Here are 3 insights I had after mulling this over for a while.

1. No orientation is ‘right’ or ‘better’

Many of us do a poor job of understanding those with a different orientation. I’ve been one of those people myself.

Have you noticed that problems occur when we try to pull people into our own camp?

Not only do we come across as preachy, but there’s also the basic issue of respect. If someone is going to explore a different perspective, they deserve to do it on their terms — not at our behest.

The simple fact is this: none of the orientations are ‘wrong’.

Take person A, with mountains of high-interest debt and a family to feed… perhaps all they can think about right now is getting any job that’ll take them.

Or how about person B, fresh out of education with a need to establish independence and a sense of achievement. The career orientation could work for them at this point in time.

And then there’s person C. They’re having a crisis of integrity while burning out from a high-flying corporate career. Perhaps it’s a good idea for them to embrace a calling orientation.

These examples are oversimplifications, but the point is that each orientation can serve a particular purpose at a particular point in time.

2. The myth of a built-in ‘life calling’

I found it fascinating to learn that our job doesn’t dictate which orientation we fall into.

Feeling a sense of ‘life calling’ is independent of our title, rank and pay grade.

As children, we often find it easier to understand more traditional paths like ‘doctor’, ‘fireman’, ‘pilot’, and so on. In my opinion, children who resonate with these paths at such an age usually end up in the life calling camp.

I wasn’t one of them. Having reached my late teen years without a sense of where to go next, I saw medicine as the opportunity to feel some certainty. It offered stability, a strong professional identity, and lots of scope for progression and achievement.

I also thought it came with a ‘built-in’ calling — prepackaged and ready to go!

Little did I know, that wasn’t exactly the case.

Research shows that having a sense of ‘calling’ is possible only when we’re able to leverage our innate character strengths. Only then do we begin to really resonate and connect with the meaning behind our path.

When I saw that the core of who I am wasn’t aligned with being a doctor, I felt compelled to explore other roads to the ‘calling orientation’.

3. Work as the new church

Religions used to shield us from the confusion and ambiguity of simply existing. They offered out-of-the-box meaning, at the cost of instilling dogmatic ways of living.

But increasingly, secularisation – the move away from religious institutions – is throwing the ‘meaning of life’ into doubt.

This has naturally led many people to want more from their jobs than ever before.

For those who are spiritually inclined, work has become the new church.

While pursuing a life calling is a choice each person has to make – again, there’s no right or wrong – I believe it represents the ultimate opportunity. It offers the freedom to craft our own sense of meaning, express our gifts most fully, and realise our deepest potential:

I think the upshot of this pursuit can be tremendous.

Not least, a greater sense of joy, personal fulfilment and connection to something greater than ourselves.

But arriving at out calling isn’t something anyone necessarily ‘needs’ to do. It can be a lonely and confusing path to walk.

So if you’re going to do it, you have to want it in your heart and soul.

My invitation is to reflect on this for yourself.

And most importantly, wherever you’re at, I hope you don’t feel pressured to want more or less out of life — there are no rights or wrongs when it comes to this stuff.

I write, coach, and explore all things related to personal growth. Here’s my mission: to inspire as many people as I can to unleash their deepest purpose into the world. Learn more. 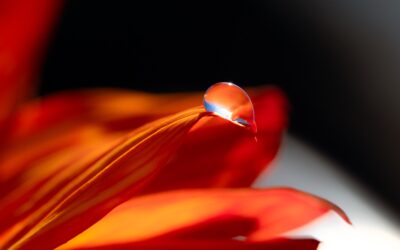 There Are Only Moments 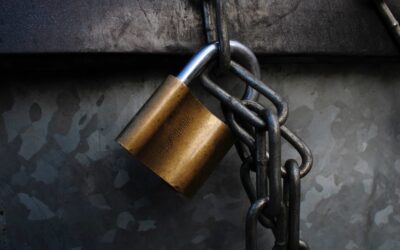 4 Words to Ban From Your Vocabulary Forever

I’m endlessly fascinated by words. Why are some words powerful enough to lift our spirits, while others can deflate us in a single breath? Words can fill us with confidence and... 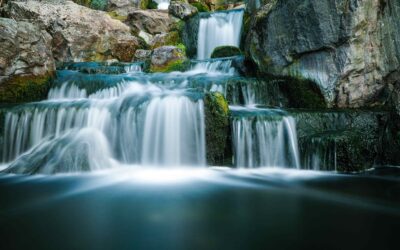 The 3 Levels of Truth I recently read the book “Blue Truth” by David Deida. One of the chapters – entitled “Live Your Heart’s Truth” – offered such a well-articulated insight,...